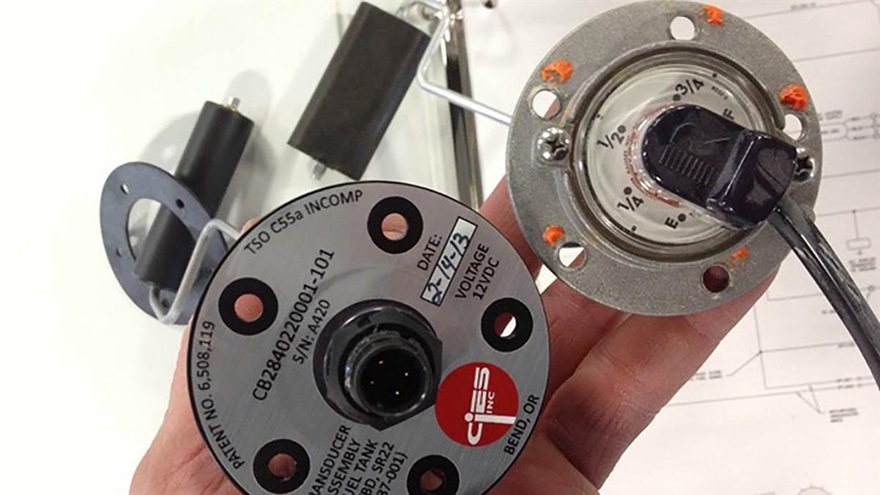 [CiES] partnered with Vector Aerospace [now StandardAero] and Robertson Fuel Systems, which designed a double-walled fuel tank and internal bladder for Airbus AS350 and EC130 helicopters. Philiben’s magnetic field fuel sensing technology measurement system rides freely inside the bladder without sharp edges that could puncture the inner safety lining. The float sender uses a non-contact sensor instead of a traditional mechanical wiper, avoiding corrosion and other pitfalls that could lead to erratic readings.

The helicopter company demanded fuel quantity accuracy “within 1.5 gallons on a 140-gallon tank,” but Philiben bettered that figure almost tenfold. He said the CiES fuel measurement system “was found to be accurate within several tenths of a gallon at all temperatures and fuel mixtures” and is “the equivalent of being within a cup or two of avgas on an average aircraft fuel system.” In December, his company received FAA approval for the helicopter units.

You may read the article in its entirety here: https://www.aopa.org/news-and-media/all-news/2018/january/16/jet-quality-fuel-readouts-for-ga-aircraft.