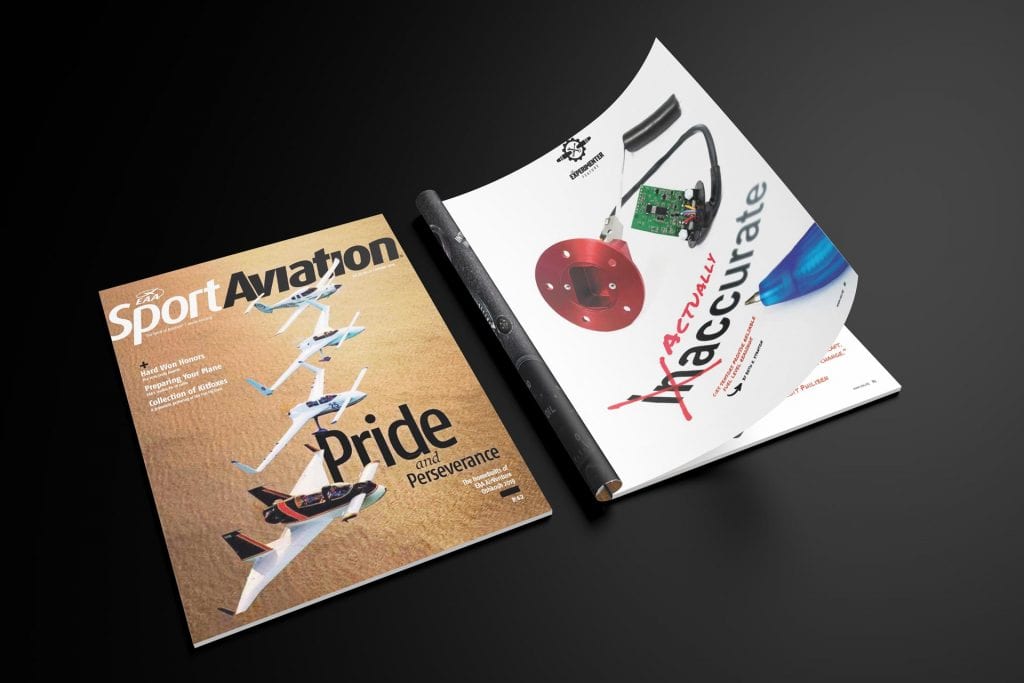 “It’s very strange,” said Scott Philiben, EAA 1148835, CEO and founder of CiES. “This issue has been around for a very long time. Practically every movie featuring a stressed-out pilot includes the obligatory tapping of the fuel gauge.”

In airplanes, fuel sloshes around in long, shallow tanks, creating motion that creates sporadic contact with the sensors in the tank. This results in notorious inaccuracy and the classic windshield wiper motion seen with most fuel gauge needles.

“Like your tachometer, the fuel gauge is a component that really ought to work,” he said. “Then we came up with these statements that make no sense, like that it only has to be accurate at zero. Well, if your tachometer were only accurate at zero, it would be a broken tachometer. There were a whole bunch of reasons people dreamed up to say this problem couldn’t be solved, and we, the aviation community, never really did anything about it.”

In 2012, Cirrus Aircraft asked Scott to take a shot at the problem of fuel level indication. In response, he developed and patented a relatively simple system using a non-contact position sensor using magnetic field technology. He paired this new technology with the same float mechanism found on many GA aircraft. The system is highly accurate, indicating changes in fuel levels less than 0.03 of an inch, which represents much less than a tenth of a gallon of fuel.

You can read the rest of the article here.